I went on a hike that John Burns led on October 22 on the Helenbar Trail in Mississagi Provincial Park. That outing was originally to have taken place Thursday, October 20, however the storm that day forced him to postpone it to Saturday, October 22. I like to submit the following outing report from that hike:

John Burns took a group of seven people into Mississagi Provincial Park to hike the Helenbar Trail. We checked some nice fall scenery on Semiwhite Lake, sized up a giant glacial erratic boulder, took in the views at the lookouts over Helenbar Lake, had lunch at a picnic table there and went back along Semiwhite Lake to the campground.
Pim 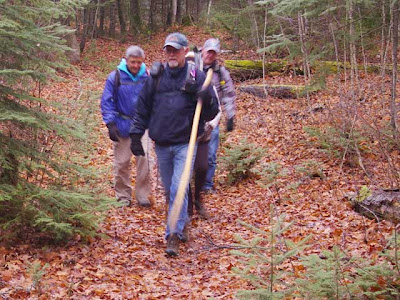 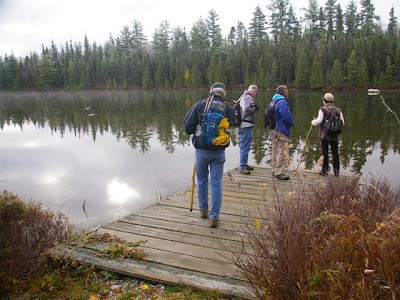 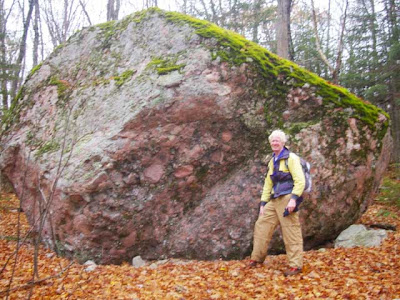 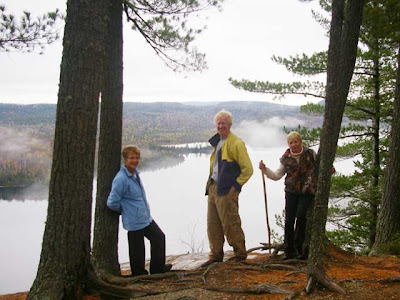 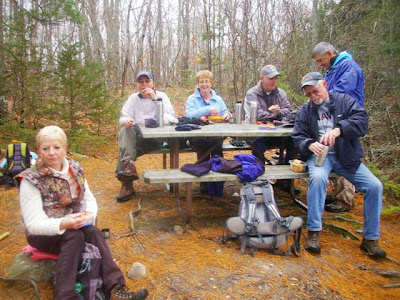 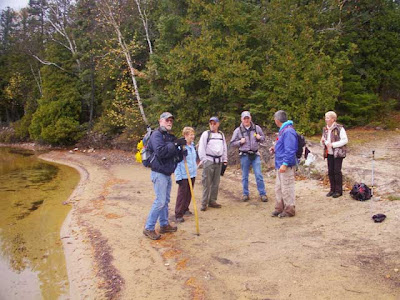 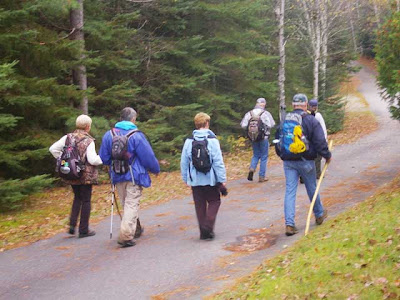 Thx to Pim for the pics and comments.
Posted by Phill at 4:23 pm